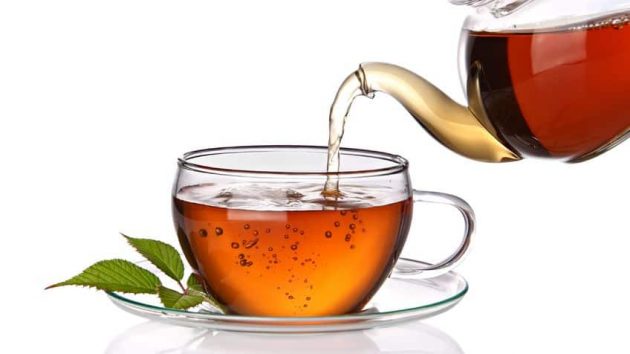 Tea has been a popular beverage for hundreds, if not thousands, of years. It is believed that it was first used in China, where Camellia sinensis is native: the tea plant. All teas, including white, green, yellow, black and oolong, are harvested from one of two varieties of the plant. The different teas come from differences in their level of oxidation when processed. All tea was green thanks to the early steaming processes, until it started being exported to Europe. Tea that was allowed to oxidize before drying became darker, and it was easier to export. Tea can have many benefits for the skin when consumed from both inside and outside the body.

Today, there are more than 3000 varieties of tea, yet they all come from the same plant. The different teas come from differences in their level of oxidation when processed, as well as where and how they are grown.

Other varieties of tea, such as herbal teas like chamomile, are not real tea. They are made from herbs brewed in water like tea, but without real tea leaves. In some countries, instead of being called tea, these are called infusions. 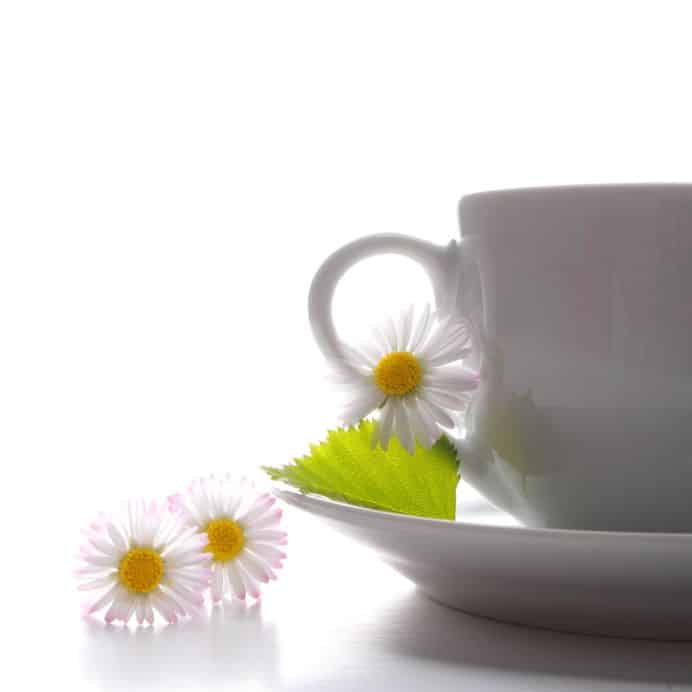 While not technically a real tea, chamomile has many benefits for skin. Chamomile is part of the daisy family, a herb that is often used to help insomnia or stomach aches. Apply (cooled) chamomile tea to the skin for a number of uses. Chamomile contains antioxidants, which can protect the skin from damage and fight free radicals. It is also an anti-inflammatory. Chamomile can be used to disinfect minor wounds as well as speed up the healing process. It is soothing as well, good for sunburns and other skin irritations such as eczema. It can even soothe the chicken pox. Lastly, chamomile has been known for its lightening properties. It can be used as a gentle skin bleach for dark pigments. Our Rescue Body Cream contains Chamomile as an ingredient to help calm and repair irritated skin and act as an anti-inflammatory.

Green tea is great for your skin. It contains antioxidants, specifically polyphenols, as well as tannins, which are an astringent. The antioxidants fight signs of ageing while tannins cause the skin to tighten, shrinking pores as well as mildly exfoliating the skin. It is also anti-inflammatory, so it can reduce some of the redness associated with acne. Kosmea Moisturising Lotion SPF30 contains antioxidant rich green tea extract to combat free-radical damage.

Simply green tea allowed to oxidize, black tea contains more caffeine. This, along with vitamins A, C and E, makes it really good for the body and skin. Vitamins A, C and E all have antioxidant benefits, while vitamin C also helps with collagen production. Caffeine is a natural stimulant, and used on the skin, it can tighten it up, reduce swelling and dehydrate fat cells, at least temporarily. Simply cool some tea bags and place over skin for a few minutes.

This tea is known as “Chinese restaurant tea”, as it is frequently served at Chinese restaurants. Oolong is different from the other teas as it is slightly fermented, giving it a more unique taste. Oolong tea has a lower level of catechins than green tea thanks to the oxidation, and less caffeine. It does have other health benefits thanks to being right between green and black tea. It has the antioxidant power of the others, and has been proven to improve the appearance of eczema in those who drink 2-­3 cups per day. 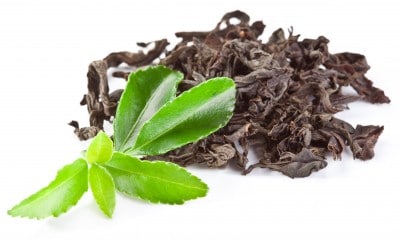 White tea is the rarest of the teas. It is harvested from the plant buds, and gets the least amount of processing of any of the varieties. It gets the name white tea from the fuzz that covers the buds. White tea contains the most polyphenols, and the least amount of caffeine. Not only is it the most beneficial variety, it is also rich in fluoride, preventing tooth plaque, and has been shown to protect against colon cancer. At Kosmea use white tea as an ingredient in many of our products to protect against signs of ageing including our Replenishing Moisture Cream, Apple of my Eye Cream and Rose Hand Cream. It is also an ingredient in our Eighth Natural Wonder® Revitalising Facial Serum for anti-ageing purposes.

Whatever kind of tea you use, you will benefit. It is great to incorporate tea drinking into you’re your diet, along with using skin care containing tea as an ingredient to help give you glowing skin for years to come.